CCNA 2 Chapter 3 Quiz Questions and Answers. In this simulation, take your test, get your score and share with others!

Check all the CCNA exams in THIS SECTION.

What is a disadvantage of using dynamic routing protocols?

By default, dynamic routing protocols forward messages across a network without authenticating the receiver or originator of traffic. Static routes increase in configuration complexity as the network grows larger and are more suitable for smaller networks. Static routes also require manual intervention when a network topology changes or links become disabled.

While configuring RIPv2 on an enterprise network, an engineer enters the command network 192.168.10.0 into router configuration mode. What is the result of entering this command?

Match the dynamic routing protocol component to the characteristic. (Not all options are used.)

Routers running IOS release 15 have link local routing table entries for both IPv4 and IPv6. The selection of both IPv6 routes and IPv4 routes is based on the longest matching prefix. The routing tables of both IPv6 and IPv4 use directly connected interfaces, static routes, and dynamically learned routes.

Match the characteristic to the corresponding type of routing. (Not all options are used.)

A destination route in the routing table is indicated with a code D. Which kind of route entry is this?

Routes in a routing table are manually created or dynamically learned. Letter D indicates that the route was learned dynamically through the EIGRP routing protocol.

When would it be more beneficial to use a dynamic routing protocol instead of static routing?

Dynamic routing protocols consume more router resources, are suitable for larger networks, and are more useful on networks that are growing and changing.

Which route is the best match for a packet entering a router with a destination address of 10.16.0.2?

Refer to the exhibit. Which interface will be the exit interface to forward a data packet with the destination IP address 172.16.0.66?

Which route would be automatically created when a router interface is activated and configured with an IP address?

Directly connected networks are identified with a C and are automatically created whenever an interface is configured with an IP address and activated.

Which type of route will require a router to perform a recursive lookup?

When Cisco Express Forwarding (CEF) is not being used on a router, a recursive lookup must be performed when a route using a next-hop IP address is selected as the best pathway to forward data.​

The default-information originate command instructs a router to propagate the static default route in RIP or OSPF.

What is a purpose of the network command when configuring RIPv2 as the routing protocol?

The network command is used to advertise the directly connected networks of a router. It enables RIP on the interfaces that belong to the specified network.

What occurs next in the router lookup process after a router identifies a destination IP address and locates a matching level 1 parent route?

When a router locates a parent route that matches the destination IP address of a packet, the router will then examine the level 2 child routes contained within it.

A router is configured to participate in multiple routing protocol: RIP, EIGRP, and OSPF. The router must send a packet to network 192.168.14.0. Which route will be used to forward the traffic?

Refer to the exhibit. Based on the partial output from the show ip route command, what two facts can be determined about the RIP routing protocol? (Choose two.)

The router learned, via RIP, that 172.16.0.0 is variably subnetted, and that there are two subnet and mask entries for that network. This means that RIP version 2 is running on both routers and that the command no auto-summary has been applied on the neighbor router. RIPv2 has an administrative distance of 120 and this router will advertise all connected networks to the neighbor via 192.168.1.1.

Even though OSPF has a higher administrative distance value (less trustworthy), the best match is the route in the routing table that has the most number of far left matching bits.

When would it be more beneficial to use static routing instead of dynamic routing protocols?

Dynamic routing protocols are viewed as less secure than static routing because they commonly forward routing information on the same links that data traffic is crossing.

Which routing protocol is limited to smaller network implementations because it does not accommodate growth for larger networks?

The RIP protocol was created with a metric that does not support larger networks. Other routing protocols, including OSPF, EIGRP, and IS-IS, scale well and accommodate growth and larger networks.

Which two requirements are used to determine if a route can be considered as an ultimate route in a router’s routing table? (Choose two.)

BGP is a protocol developed to interconnect different levels of ISPs as well as ISPs and some of their larger private clients.

What is the purpose of the passive-interface command?

Congratulations, you have completed the Chapter 3 Exam of CCNA 2! Tell us your rating! 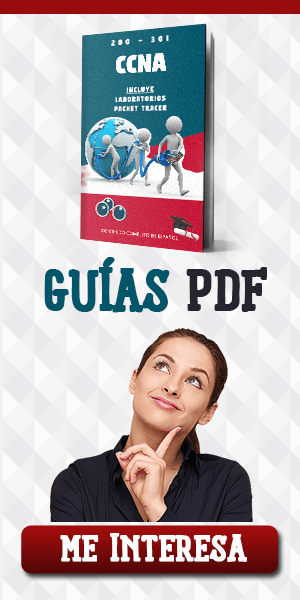